Present day production and use of Erogrostis tef (Zucc.) Trotter, which means "lost" in Amharic, for grain or fodder in the United States represents re-discovery of a crop used by ancient civilizations. Teff is a C4 plant (Kebede et al. 1989), having Kranz anatomical characteristics, and is intermediate between a tropical and temperate grass. The use of teff can be traced back to about 3359 BC (Mengesha 1965). In contrast to amaranth, which was utilized by early civilizations throughout the world, teff production and uses have been primarily restricted to the countries of Ethiopia, India and its colonies, and Australia (Anon. 1894). While teff grain still provides over two-thirds of the human nutrition in Ethiopia, it is relatively unknown as a food crop elsewhere. Teff has adaptive characteristics similar to other crops grown by early civilizations. Teff can be cultivated under a wide range of environmental conditions such as on marginal soils under water logged to drought conditions. Teff can produce a crop in a relative short growing season and will produce both grain for human food and fodder for cattle. The grain is either white or a very deep reddish brown in color. Published accounts of teff in the late 1800s report that upper class consumed the white grain, the dark grain was the food of soldiers and servants, while hay made from teff was consumed by bullocks (Anon. 1894, 1897). Late 20th century publications in the United States describes teff grain as being marketed as a health food product, or used as a late planted emergency forage for livestock (Goerge 1991, Weibye 1991).

Eragrostis is a member of the tribe Eragrosteae, sub-family Eragrostoidae, of the Poaceae (Gramineae). There are approximately 300 species in the genus Eragrostis consisting of both annuals or perennials which are found over a wide geographic range. Eragrostis species are classified based on characteristics of culms, spikelets, lateral veins, pedicels, panicle, flowering scales, and flower scale colors. Recently, the taxonomy of teff has been clarified by numerical taxonomy techniques, cytology and biochemistry, including leaf flavanoids and seed protein electrophoretic patterns (Jones et al. 1979; Costanza et al. 1980; Bekele and Lester 1981).

Teff is a fine stemmed, tufted annual grass (Fig. 1). The plant has the appearance of a bunch grass, having large crowns and many tillers. The inflorescence is an open panicle and produces small seeds (1,000 weigh 0.3 to 0.4 g). The roots are shallow and develop a massive fiberous rooting system. Plant height of teff varies dependent upon cultivar type and growing environments.

Planting of teff requires a firm moist seed bed to effect good soil moisture-seed contact due to the extremely small seed size. Planting can be accomplished using a Brillion grass seeder and cultipacker combination, or by a spinner type grass seeder. Seeding rates varies from 2.3 to 9 kg/ha, with 5 to 8 kg/ha generally recommended. Teff germinates rapidly when planted an average depth of 1.2 cm, however, the initial growth is slow until a good root system has been established. Forage yields of teff in South Dakota have ranged from 4 to 11 t/ha, depending upon planting date and number of cuttings (Boe et al. 1986). In Montana, forage yields cut from dryland and irrigated cropping ranged from 2.2 to 15 t/ha. Teff seed yields in Montana ranged from 0.2 to 1.5 t/ha. The low seed yields were obtained at the MSU Southern Agr. Res. Center, Huntley, when planted as a non-irrigated dryland crop, due to poor stands and drought conditions. Harvesting teff for either forage or seed production is easily accomplished, as long as the combine is seed tight. Teff seed can shatter if harvest is delayed. Broad leafed weeds in teff can be easily controlled by use of broad leaf herbicides, however grass weeds if present, can outcompete the teff during the early stages of plant growth. No specific fertility studies have been conducted, but rates similar to those suggested for millets or sorghums are recommended. Green house studies on nutritional requirements of teff have been conducted at Oklahoma State University Department of Agronomy, Stillwater (pers. commun.).

The nutritive value of teff for livestock fodder is similar to other grasses utilized as hay or ensiled feeds (Boe et al. 1986; Twidwell et al. 1991). Digestability studies of cell wall contents suggests that teff has tropical grass characteristics (Morris 1980), protein and digestability as forage decreases with increased maturity. Protein content of teff forage produced in South Dakota ranged from a high of 19.5 to a low of 12% as the plant matured. In Montana, teff hay protein content ranged from 13.7 to 9.6%. Protein level (10 to 12%) of teff grain is similar to other cereal grains. Teff has a very high calcium content, and contains high levels of phosphorous, iron, copper, aluminum, barium, and thiamine (Mengesha 1965). The principal use of teff grain for human food is the Ethiopian bread (injera). Injera is a major food staple, and provides approximately two-thirds of the diet in Ethiopia (Stewart and Getachew 1962). While the reported high iron content of teff seed has been refuted, the lack of anemia in Ethiopia, is considered to be due to the available iron from injera (Mamo and Parsons 1987). Injera is described as a soft, porous, thin pancake, which has a sour taste. Teff is low in gluten and therefore, the bread remains quite flat. When eaten in Ethiopia, teff flour is often mixed with other cereal flours, but the flavor and quality of injera made from mixtures is considered less tasty. Injera made entirely from barley, wheat, maize or millet flours is said to have a bitter taste. The degree of sour taste is imparted by the length of the fermentation process. If the dough is fermented for only a short period of time, injera has a tasty sweet flavor. Research studies on the techniques used to make injera have indicated that a yeast, Candida guilliermondii (Cast.) Longeron & Guerra, is the microorganism primarily responsible for the fermentation process (Stewart and Getachew 1962).

Teff is relatively free of plant diseases when compared to other cereal crops. In Ethiopia, in locales where humidities are high, rusts and head smuts are important diseases. In Ethiopia, 22 fungi and 3 pathogenic nematodes have been identified on teff (Bekele 1985). Teff seedlings are also susceptable to Damping-off caused by Drechslera poae and Helminthosporium poae (Baudys) Shoemaker, when sown too early (Ketema 1987). Insect pests of teff in Ethiopia include Wello-bush cricket, Decticoides brevipennis, red tefworm, Mentaxya ignicollis, tef epilachna, and tef black beetle. Since teff has been limited to small areas in the United States few disease and insect problems have been observed. However, a serious problem was observed in South Dakota where the stem boring wasp, Eurytomocharis eragrostidis (Howard) reduced forage yields by over 70% (McDaniel and Boe 1990). Although the insect problem was observed in only one out of the five years in research trials, the significant losses obtained could be a deterent to commercial expansion of teff production.

A detailed description of 34 named Ethiopian teff cultivars based on morphological characteristics was published in 1975 (Ebba 1975). The cultivars are described by differences in culms, panicles, panicle branches, leaves, flowers, spikelets, and grains. Studies on teff production in Montana were initiated by evaluating over 300 accessions, subsequently reduced to 12 for further study (Fig. 1). A cultivar selected from a PI accession by A. Boe, South Dakota State, has been designated SD100. In addition to SD100, a limited number of accessions have been selected by private individuals.

Attempts to develop methods to improve breeding of teff cultivars (which are self-pollinating) have met with only limited success (Mengesha et al. 1965; Berhe and Miller 1978; Berhe et al. 1989). While teff production in Ethiopia occupies large areas and is the most important staple of the country, most cultivars are selections that have been grown for thousands of years. Although cultivar development has been given a high research priority most on going studies have focused on agronomic practices.

While teff has survived for thousands of years as a major food staple for humans and as fodder for cattle, there are some negative aspects to the nutritional value of injera. Research studies have shown that if the fermentation process is prolonged to produce the sour type of injera, essential nutrients particularly amino acids such as lysine are lost in the liquid which is removed from the dough. The nutrient loss can be reduced if the fermentation process is shortened but then the result is a sweet type of injera, which does not store as well as the sour type. Tabita is also a fermented teff flour pancake which is easily digestible and non-bitter (Anon. 1897). We do not known if the tabita bread is another name for injera.

The major advantages of teff production in Ethiopia according to Ketema (1987) are as follows:

Domestic experience in teff production is limited; however, teff grain has already found a niche as grain and flour in the health food market. The future of teff forage production for livestock in the United States is unknown. Teff does have the advantage of producing a good hay or pasture crop when late season plantings are required due to a crop failure. Results of a nationwide survey indicate that this crop is virtually unknown in most states, and that production may be limited to only a few western states. Information on teff production in the United States remains scarce as most teff production is handled by private entrepreneurs. 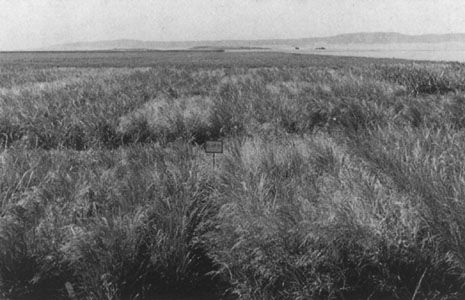