Current research at Michigan State University began in 1978 with evaluations for biomass production. Two provenance/progeny tests of over 400 families from the natural and naturalized range in the eastern United States and Canada were established in 1985 (Miller et al. 1987). Advanced generation breeding and additional progeny tests are underway, and field trials are testing the effects of seed sources, planting densities, harvest heights, and harvest dates on forage yields.

The primary use of black locust wood has been for fence posts which, due to flavonoids in the heartwood, can endure for over 100 years in the soil. The lumber is one of the heaviest and hardest in North America, but the supply is limited due to damage from the locust stem borer, Megacyllene robinae (Miller et al. 1987). In Hungary, where the insect is not a problem, black locust is a major timber tree (Keresztesi 1988) (Fig. 1).

The wood is suitable for chemical pulping systems in the paper industry, and small amounts are presently being used in Michigan (Miller et al. 1987), where the Menasha Corporation established a test plantation in 1988.

Widely used for erosion control and reforestation, black locust is ideally suited for woody biomass plantings, and commercial energy production may eventually become one of its primary uses in the U.S. Its virtues include nitrogen fixing ability, inexpensive propagation by seed, rapid vegetative propagation, adaptability to a wide range of site conditions, rapid juvenile growth, high heat content of the wood, and prolific regrowth after cutting (Miller et al. 1987).

In Hungary, black locust plantings are vital to commercial honey production (Keresztesi 1988). The showy white pea-like flowers are borne on new growth three to four weeks after growth begins. Vigorous specimens can bloom in three years from seed, much earlier than most trees (Fig. 4).

The leaves are used for livestock feed in the Republic of Korea and in Bulgaria (Keresztesi 1983, 1988). In the highlands of Nepal and northern India, where black locust is naturalized, it is an important fodder tree. Branches above the reach of livestock are cut when other green for-ages are scarce, and the wood is used later for fuel.

Ground black locust tops including woody stems, from first and second harvests, were found to be comparable to alfalfa (Medicago sativa L.) with 23-24% crude protein, 7% lignin, and 4.2 kcal/g. Ruminal digestion by cattle was also equivalent (Baertsche et al. 1986). When planted at close spacings, the new growth can be harvested with conventional farm machinery for silage or hay (Fig. 2, 3). The compound leaves can be separated and ground for a high-protein ingredient of commercial feeds. Because black locust thrives on sites too marginal for alfalfa, it merits further study as a forage crop.

In 1978, 24 tree species and hybrids were established in nine plantations throughout Michigan. Those found most suitable for short rotation woody biomass use were included in a second set of trials in 1983. Unlike the others, black locust grew well at all sites, and it produced the most biomass. Crown closure was observed in two years, greatly reducing the expense of weed control compared with other trees. The species appears to reach the limit of its productive range where the frost-free growing season is under 100 days (Miller et al. 1987), although it does thrive in Michigan's upper peninsula.

The first breeding work began in Hungary in 1930, and many improved cultivars for specific uses have been registered (Keresztesi 1983). Since 1983, comprehensive germplasm collections of half-sib families (related by the seed parent only) from the natural and naturalized range in the eastern U.S. and southeast Canada have been made at Michigan State University and the University of Georgia. First year data showed no trends due to geographic origin in any of the traits measured: height, thorn length, number of leaders, winter dieback, and times of leaf initiation and drop (Miller et al. 1987, Kennedy 1983). Michigan State University has about 800 clonal and seed accessions, with 412 planted in two provenance/progeny tests in southern Michigan in 1985 (Fig. 4).

In both plantations, survival averaged 82% one year after planting. At one year, mean height was 126 cm, with a range from 34 to 290 cm. Length of the stipular thorns ranged from 1 to 26 mm. Winter dieback ranged from 0 to 100 cm, averaging 6.6 cm, and the mean number of leaders was 2.3, ranging from 1 to 9. Stem diameter meter at 15 cm height averaged 3.1 cm, ranging from 0.3 to 11.4 cm. Twig borer attack, diameter, and times of budbreak and leaf initiation were also measured. All traits showed family differences, but no variation by region of origin was found. After five growing seasons some trees have surpassed 600 cm in height.

A progeny test of 44 new families and 11 families from the previous tests was planted at three Michigan sites in 1989. Seeds were collected from trees that bloomed in 1987 at four years from seed, and the seedlings were planted in the field in 1988. Superior individuals have been reproduced from stem and root cuttings, and established in plots of single clones. These will be used for seed production and forage/biomass studies.

Black locust wood is being studied to find the chemical basis for its remarkable decay resistance. High flavonoid concentrations (6% of dry weight) are important, especially the constituents robinetin and dihydrorobinetin (Smith et al. 1989). When impregnated into easily decayed woods, heartwood extracts have raised decay resistance to a level equivalent to that attained by commercial wood preservatives (Smith et al. 1989).

Two field trials are being conducted to test the effects of seed sources on forage yield (Fig. 3). Plots of mixed seed from average local trees are compared with plots of five rapid growing families identified in the progeny test, at densities of 40,000 and 250,000/ha. Long term monitoring of reproduction, survival and wields of these plots, with continued biannual harvest and no added fertilizer, will show whether black locust is suitable as a perennial forage crop. In the other trial mixed local trees were compared with plots of five families selected for extremely low or high numbers of leaders, at densities of 250,000 and 500,000/ha. When harvested at 10 cm 60 days after sowing almost all trees had single stems. Doubling the density raised average yield from 342 to 469 g/m2 dry weight.

In another trial five planting densities from 40,000 to 1,000,000/ha with harvest heights of 5 and 20 cm were compared to determine how height affects optimal density (Fig. 3). In 1988, dry weight yield increased with density when cut at 20 cm. Yield was similar for the highest densities when cut at 5 cm, but such plots had very poor winter survival.

The relation between first and second harvest dates and total yields will be investigated starting in 1989. Future tests will compare sexually and vegetatively propagated plants from superior families and individuals, as sufficient seeds and clones become available.

Field trials to compare yields of 4 traditional forage crops with black locust were sown in 1989, at sites in the upper and lower peninsulas of Michigan.

Black locust can be vegetatively propagated from shoot and root cuttings, but success rates vary among clones. Grafted or rooted shoot sections produce lateral growth, while sprouts from roots grow upright (Prentice 1987). Tissue culture has been accomplished from various plant organs (Davis and Keathley 1987) (Fig. 5), but presently it costs more than using cuttings. Improved seed is not yet available commercially, but generic seed is quite cheap ($6/lb. for about 60,000 seeds).

Black locust is suitable for many purposes. As one of the most adaptable and rapid-growing trees available for temperate climates, it will always be valued for erosion control and reforestation on difficult sites. Vast new forests of rapid-growing species may be needed to slow the accumulation of CO2 in our atmosphere. Energy from woody biomass will be more important in the future when burning fossil fuels is reduced, either to preserve the global ecosystem or simply due to rising costs. Breeding for straight stems and resistance to borer insects could make black locust as valuable a timber tree in North America as it already is in Europe. New cultivars with a longer blooming season could become important for beekeeping and ornamental purposes. Many new uses such as paper pulp, industrial chemicals, and livestock feed appear promising. More are likely to be discovered with continuing research.

For the foreseeable future, direct seeding appears the most economical method for establishing very dense stands for biomass, chemical extraction, or forage. Seedling transplants are economical with wider spacings for soil conservation, biomass, and timber uses. Cloning is now done by traditional vegetative propagation methods, but advances in issue culture techniques could make these obsolete, and greatly expand black locust production for all of its many uses.

*This research was supported by the Michigan State University/USDA:CSRS Eastern Hardwood Utilization Research Special Grant Program, Grant no. 85-CRSR-2-2604 and 88-34158-3275. 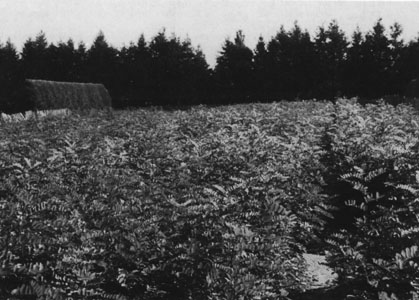 Fig. 3. Field plots for investigating forage production were sown in 1988. Planting densities from 40,000 to 1,000,000 per hectare, seed sources, cutting heights, and harvest times are under study. 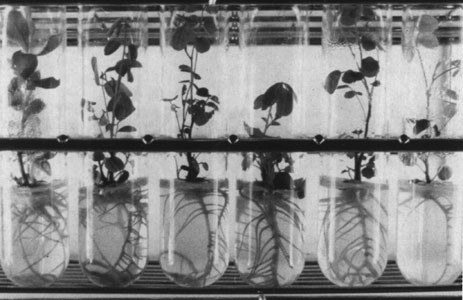 Fig. 5. Black locust has been propagated by tissue culture from various plant organs of seedlings and young or mature trees.